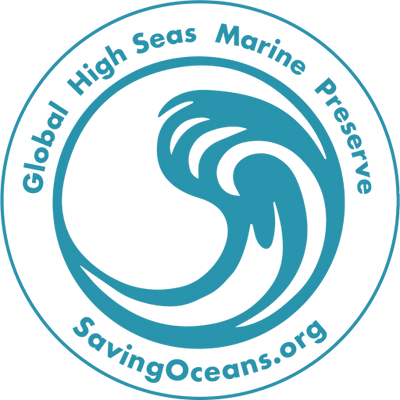 This resolution was designed to alleviate the immense pressures on our ocean's fisheries. The resolution lowers CO2 footprints, supports local farmers & ranchers, and it is ocean friendly. Read the resolution below.

Earth’s water, and represent 99 percent of the living space on the planet by volume.

WHEREAS, Over three billion people depend on marine and coastal biodiversity for

WHEREAS, Over three billion people depend on the Oceans as their primary source of

WHEREAS, Experts estimate global fisheries could collapse before the year 2048,

unless industrial fishing on the High Seas is better regulated.

WHEREAS, Populations of marine vertebrates have declined by 49% between 1970

and 2012 with some fish species declining by almost 75%, according to the best

WHEREAS, the Cities in Developed Nations consume seafood as a food preference

and not as a primary source of protein.

WHEREAS, cutting down the rain forests to raise beef is not a sustainable practice.

WHEREAS, consumers can choose foods that are healthy and do not have a large carbon footprint.

WHEREAS, climate change is caused in part by human activity, it is in everyone's best interest to lower our carbon footprints.

WHEREAS, The City of Salt Lake is committed to sustainable, environmentally sound

living and co-existing with nature and has a policy of reducing our carbon footprint.

WHEREAS, importing seafood as a food choice leaves a large carbon footprint and causes environmental damage to the planet.

WHEREAS, the consumption of non-sustainable and threatened species of seafood is

causing permanent damage to the oceans and the planet.

WHEREAS, we define “sustainable food” by the following criteria:

1. Food that is produced by local farms.

2. Food that is in season and not imported from other parts of the world.

3. Food that is grown in a responsible manner compatible with the local environment.

4. With regards to seafood, fish must be caught in a manner that does not permanently damage their environment;

5. Fish must be caught in a manner that does not result in destruction of other fish

6. Fish must not be caught before they can reproduce thereby damaging the species

7. Fish are from U.S. Fisheries caught by American fisherman in compliance with federal laws.

THEREFORE, IT IS HEREBY RESOLVED, that in keeping with our policy of being a

low carbon use city, the City of Salt Lake proclaims itself as the nation’s first “Sustainable food City”.

wherever possible and communicate your interest in sustainable options wherever they are not available.

We further encourage our residents to lower their carbon footprint where ever possible and educate themselves on the problems of global climate change and what can be done to combat this environmental problem.